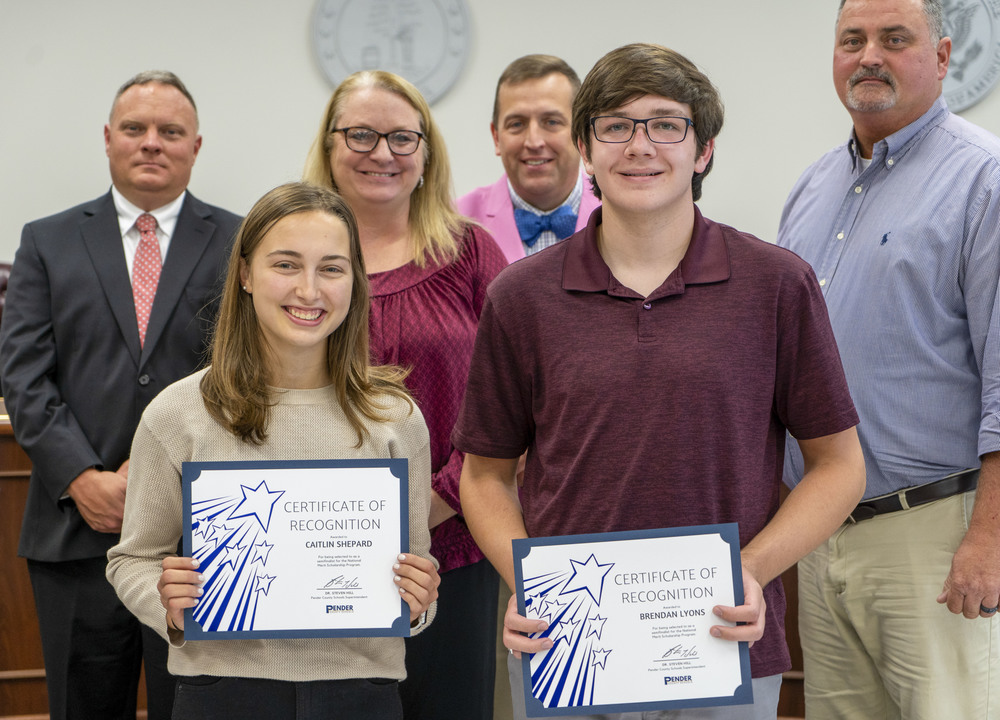 Scholarship winners were selected from students who advanced to the Finalist level in the National Merit Scholarship competition. Most of the awards are renewable for up to four years and range from $1,000 to $10,000 annually.

Both Caitlin and Brendan plan to attend North Carolina State University in the fall and plan to major in Engineering.

“Last year I was chosen to go to the Governor’s School and just kind of going there I was able to collaborate with other people at these big competitive schools.” Said Caitlin Shepard. “I think that experience kind of helped me realize that I was a contender.”

Corning Incorporated will fund the scholarships for each student.

“Obviously they did the work, but what they’ve accomplished is an example of what can come from a solid public education.” Said Pender County Schools Superintendent Steven Hill. “To have students excel at such a high level is the goal of any district and we’re proud to have them represent Pender County Schools.”

To be considered for a National Merit Scholarship, Semifinalists had to fulfill requirements to advance to Finalist standing. Semifinalists had to have an outstanding academic record, be endorsed and recommended by a high school official, and earn SAT® or ACT® scores that confirmed their qualifying test performance.

By the conclusion of the 2022 competition, about 7,500 Finalists will have been selected to receive National Merit Scholarships totaling nearly $28 million. Winners are the Finalist candidates judged to have the strongest combination of academic skills and achievements, extracurricular accomplishments, and potential for success in rigorous college studies.

You can see Caitlin and Brendan talking about their achievement here